What are the top five dangers for teen drivers? 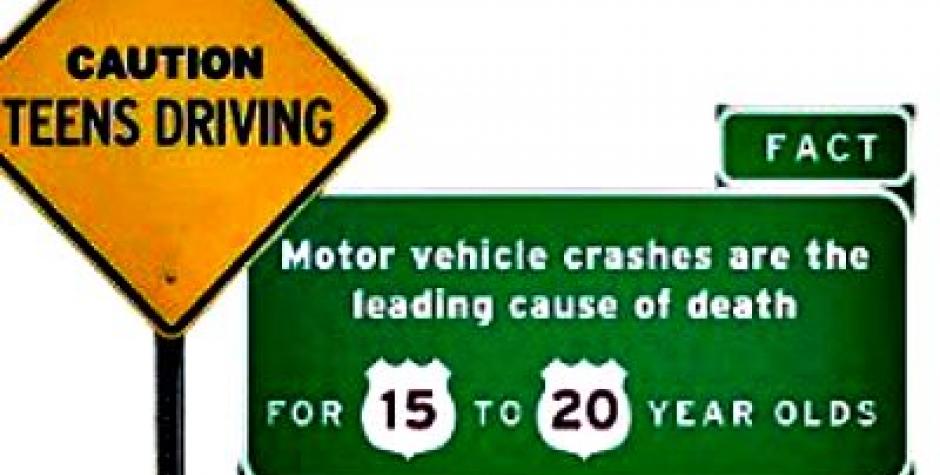 When teenagers finally get their driver’s license, it’s cause for celebration. However, for concerned parents, it’s a cause for worry. Even if they’ve gone through a certified Driver’s Ed program like that offered at Drive Smart Georgia, new teen drivers are just that – NEW and inexperienced drivers. Yes, kids think they are invincible, but they’re not. In fact, car crashes is still the #1 cause of death for teenagers age 15-20.

Hitting the road is always dangerous, even for seasoned and experienced drivers (think the downtown connector at rush hour!). People are in a hurry to arrive at their destinations and may not always make the safest decisions behind the wheel. They may talk on cell phones, eat breakfast in the car, or even try to catch up on emails. These bad habits are dangerous, but what are the most dangerous ones for new and inexperienced teen drivers?

1. Extra passengers
Teen drivers with peer passengers are at a higher risk of crashing. Period. In fact, 15-17-year-old drivers are almost eight times more likely to get into a fatal accident when they are carrying two or more teen passengers. Due to this disturbing statistic, states across the U.S. passed Graduated Licensing Programs. In Georgia, Joshua’s Law states that a new driver age 16-18 may only drive with family members (no peer passengers) for the first six months following the issuance of a driver’s license. During the second 6-month period, a new driver can have only one peer passenger in the vehicle. After one year, a new driver in Georgia can have no more than three other passengers. Even if you think your own child is ready to hit the road, it’s imperative to follow this law to avoid potential disaster. Make sure your child knows and obeys the passenger rules – it’s the law!

2. Speeding
Teens (especially boys) may have a heavy foot and a tendency to speed. This is a bad, bad decision. According to State Farm, speeding is one of the major factors in fatal crashes involving young people. New drivers are more likely to speed at night and when other passengers are present in the car. If your own child is a speedster, be sure to set rules and consequences for getting a speeding ticket. Follow through is critical to show that you mean business when it comes to speeding. Also, insist on seatbelts and be a good example at all times. Buckle up before putting the key in the ignition.

3. Texting and FOMO
All parents are aware of the dangers of texting and driving, but what is FOMO and why is it causing teens to crash? FOMO is an acronym for “fear of missing out.” According to a new report from Liberty Mutual Insurance and Students Against Destructive Decisions (SADD), teen drivers feel pressure to respond immediately to texts and notifications in fear of missing something important. This “always on” lifestyle can have deadly consequences. Even if you’re tempted, never text your new driver when he is in the car. Instead, ask him to turn his phone off before driving, then turn it on and send a text when he arrives at his destination. Anything that takes his eyes off the road is a potentially fatal danger.

4. Stress and fatigue
Teens today face everyday stressful situations. When they’re not cramming for an important test, they’re completing mounds of homework. Many are also involved in sports or clubs, meaning they’re busier than ever and often not getting enough sleep. When inexperienced, fatigued new drivers get behind the wheel, they may forget their newly acquired good driving habits. If you’re concerned that your child is burning the candle at both ends, be sure to talk to him or her about being safe on the road when getting from point A to B. If they’re overly tired, offer to be the driver. Better safe, than sorry.

5. Driver inexperience
As with anything else in life, practice makes perfect. New teen drivers often make critical errors that lead to crashes. Inexperience is the reason for a lapse in judgment. Let’s face it. We’ve all made bad driving decisions at one time or another. However, experience is the best teacher of all, so we adjust our behavior and “learn our lesson.” New drivers don’t have this experience to fall back on, so it’s critically important to continue to talk about safe driving habits, drive with your teen, plus reward good behavior and punish bad behavior with consequences. Learning to drive doesn’t happen in just a few months. It’s a skill that must be honed and perfected over time.

Get Social! Share What are the top five dangers for teen drivers?