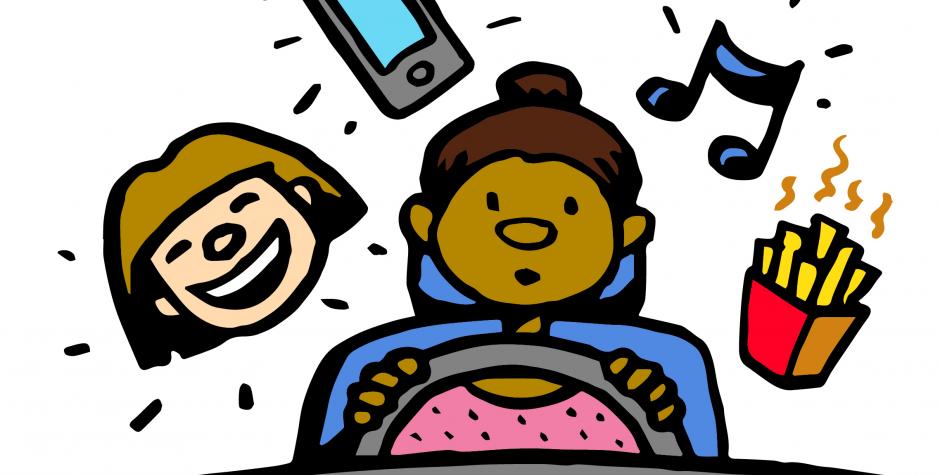 Parents, are you worried that your teen driver is using a cell phone while driving? You’re probably the one they’re talking to, according to a new study presented at the American Psychological Association’s annual convention that focused on the dangers of distracted driving and inexperienced teen drivers.

Fifty-three percent of teens that reported talking on a phone while driving were chatting with mom or dad. The numbers for texting and driving were smaller, but significant nonetheless. “Distracted driving is a real danger for inexperienced drivers,” explains Alex Jones, co-owner of Drive Smart Georgia. “Parents shouldn’t try to text their teens when they know that they are behind the wheel.”

It’s a real dilemma for parents. You want to call your child to know where she is, but you don’t want her talking to you while she’s steering a 3,000-pound machine 60 mph down the highway. Parents’ conflicting desires put teens in a bind.

“Teens said parents expect to be able to reach them and get mad if they don’t answer their phone,” explained study co-author Noelle LaVoie, a cognitive psychologist. That can be dangerous. Cell phones play a large role in crashes blamed on distracted driving, especially among teens. The best advice is to tell your teen to turn off her phone while driving, and then turn it back on to call home when she arrives at her destination.

Parents drive kids to distraction, really, they do