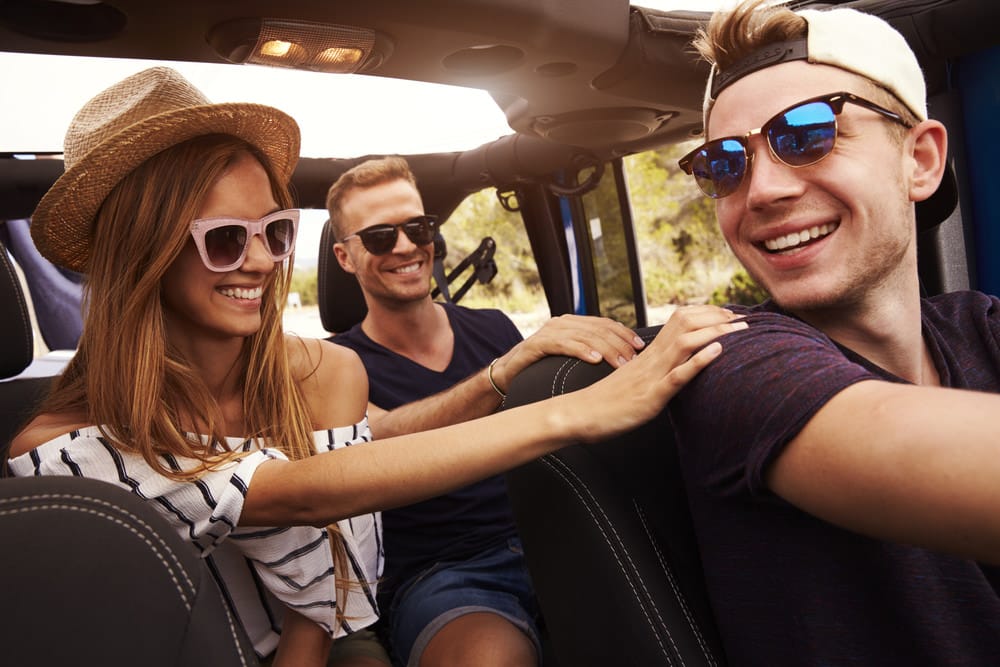 Teen drivers often get a bad rap, but older millennials and drowsy drivers pose bigger crash risks. That’s good news for concerned parents who worry every time their new and inexperienced teen driver grabs the keys and heads out. You may think they’re not listening to your endless words of advice, but they are! So, keep it up because kids are not only hearing you, but they’re also absorbing what you say.

The same can’t be said about older millennial drivers between the ages of 19-24. A new study from AAA shows that young millennials engage in risky behavior behind the wheel more often than teens. The AAA Foundation for Traffic Safety found that 88 percent of young millennials (age 19 – 24) engaged in at least one risky behavior behind the wheel in the past 30 days, earning the top spot of worst behaved U.S. drivers. These dangerous behaviors – which increase crash risk – included texting while driving, red-light running and speeding.

By rank and by age group, below are the percentage of drivers that engaged in risky behind-the-wheel behaviors in the past 30 days:

So, even if your kids have had their license for a few years, it’s still important to keep the discussions going about safe driving. New drivers aren’t truly “experienced” until they’ve been driving for five years. That’s how long it takes for them to experience most potential hazards at least once. Just because teens have been driving for 2-3 years, it doesn’t mean that they’re always making wise choices behind the wheel. If they’re still living under your roof, make sure their bad decisions are followed by consequences that you enforce.

In addition to millennial drivers, drowsy drivers are also at risk for an auto accident. In fact, drivers who miss between one to two hours of the recommended seven hours of sleep in a 24-hour period nearly double their risk for a crash. The Centers for Disease Control and Prevention says that 35 percent of U.S. drivers sleep less than the recommended seven hours daily.

Because drowsy driving is responsible for 1/5 of all car crashes, not getting enough sleep before getting behind the wheel may have deadly consequences. “Our new research shows that a driver who has slept for less than five hours has a crash risk comparable to someone driving drunk,” stated David Yang, executive director for AAA Foundation for Traffic Safety.

The crash risk for sleep-deprived drivers increases steadily when compared to drivers who slept the recommended seven hours or more. As shown below, failing to maintain a healthy sleep schedule could mean putting yourself or others on the road at risk.

Teens are more sleep-deprived and stressed out than ever. In addition to countless hours spent on homework and tests, they’re usually involved in various sports and/or clubs. They’re already inexperienced, so sleep deprivation just adds to their already high risk of crashing.

Below are a few tips from the Centers for Disease Control and Prevention to share with teen drivers to prevent drowsy driving.