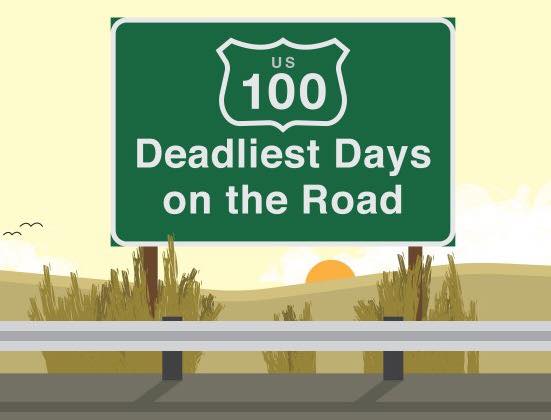 Heads up, parents. Memorial Day 2016 is right around the corner and it is the beginning of the “100 deadliest days” for new and inexperienced teen drivers. As posted by the National Safety Council on May 23, this year’s 3-day holiday weekend could be the deadliest since 2009. The NSC estimates 439 may be killed on America’s roadways, with an additional 50,500 seriously injured. The unofficial start of summer is also the beginning of the “100 deadliest days” for teens, the time between Memorial Day and Labor Day, when more teens are killed in auto accidents than any other time of the year.

“As Americans gear up for the most carefree months of the year, we cannot take our safety for granted,” said Deborah A.P. Hersman, NSC president and CEO. “Driving is one of the riskiest things we do every day. Engaging our defensive driving skills and staying alert can mean the difference between attending cookouts and family parties or spending the evening at the emergency room or worse.”

The Council believes the spike in fatal car crashes is due in part to an improving economy and lower gas prices. Certain crash factors, such as speeding and alcohol, are more common during the summer, too. For teens, they have more time on their hands, so they’re out and about more. Plus, they may have more passengers in the car than when they drive to school or work.

To help stay safe on the roads this summer, the Council recommends:

Below are a few summer driving tips for teen drivers and their concerned parents from Drive Smart Georgia.

Think hard and drive smart during the 100 Deadliest Days for teens!