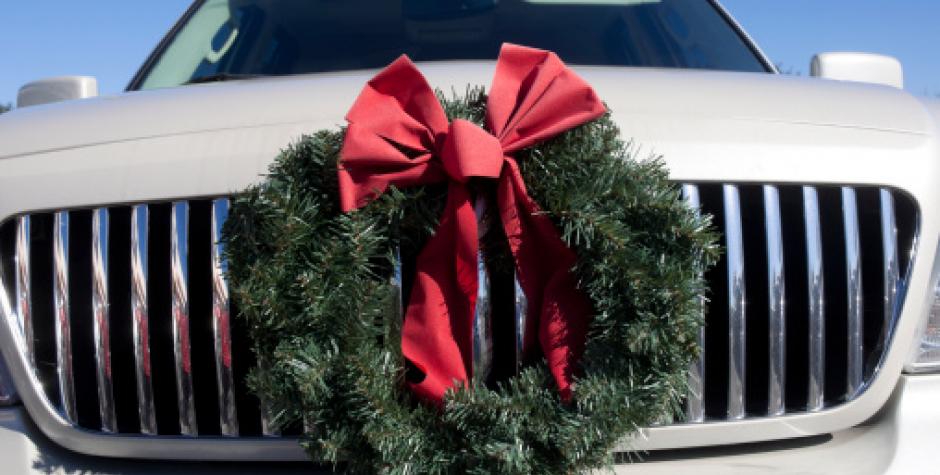 Parents always worry about their new and inexperienced teen drivers. However, they tend to worry even more during dangerous times on the road – like the travel season around Christmas and New Year’s Day. Statistics prove that caring parents have a good reason to be concerned. According to National Highway Traffic Safety Administration, driving fatalities rise dramatically during the busy holiday travel period. An average of 45 daily fatalities involving an alcohol-impaired driver occur over the holidays and soar to 54 per day during New Year’s Eve. Teen drivers have to deal with not only making their own wise decisions, but also the consequences of other drivers that may make poor ones. “When people hit the roads in mass, it can be a deadly time, especially for teens,” states Drive Smart Georgia co-owner Steve Jones.

According to AAA, holiday traffic on the roads will increase in 2014 from 2013 by 4%, mainly due to low gas prices. More than 98 million Americans will hit the country’s highways and travel 50 miles or more from home during the year-end holiday season.

With more than 90 percent of holiday travelers driving to their destinations, AAA urges everyone on the road to be extra diligent about the dangers of impaired driving. According to the latest data from the AAA Foundation, one in eight of all licensed drivers who drink at least occasionally reported having driven when they thought their alcohol level might have been close to, or possibly over, the legal limit in the past year.

So, what’s a concerned parent to do? Should we ban driving altogether? Should we hide our teen’s keys and pretend to go on an all out search? Don’t be THAT parent. Instead, talk to your teen driver about the dangers that the holidays present on the roads. It’s the perfect time to set boundaries. “It’s important for parents to set rules and stick with them, especially over the holidays,” Jones adds.

Drive Smart Georgia offers the following tips for teen drivers and their concerned parents for the 2014 holiday season.

Don’t let your teen drive whenever they want
Teens with easy access to a vehicle are more likely to crash than those who have to “ask for permission” and have a more structured approach.

The longest 500 miles for teens and parents
A teenager’s first 500 miles of driving are the most dangerous. During that time, they’re 10 times more likely to crash than an adult. Set rules and enforce them.

Avoid the most popular highways if at all possible
Navigating busy highways presents its own set of challenges during the holiday travel period. Traffic can choke heavily traveled routes, like the I-95 corridor on the East Coast, adding hours to generally speedy trips. Try to avoid the busiest highways, especially between Christmas and New Year’s Day.

Be aware of changing weather conditions
Winter weather can be tricky at times. While it’s sunny and mild in one place, it can be rainy or snowy in another. When traveling over the holidays, be sure to check the weather forecast before heading out.

Pack an emergency kit
Make sure your teen driver has some essentials in the car. Jumper cables, a foam tire sealant, a jack and lug wrench could all come in handy when a problem arises.

A little preparation can go a long way to ensure a safe, stress-free holiday season for new teen drivers and their concerned parents – LIKE YOU!

Get Social! Share Keep teen drivers safe on the road during the dangerous holiday travel season

Safest used cars for teen drivers for under $25K

What are the safest cars for teen drivers that cost under $25,000? A new 2022 study from iSeeCars.com identified the safest, most reliable, and energy-efficient ...

We are now booking fall and winter classes through the end of 2022. Secure a spot today. Dismiss