Graduation season can be dangerous for teen drivers 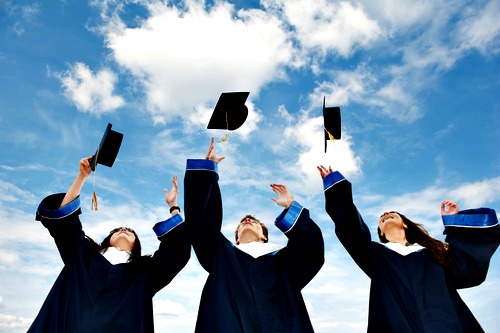 Graduation season is a time to celebrate, but it can also tempt new and inexperienced teen drivers to make dangerous decisions. Beginning next week, the class of 2017 will commemorate the important milestone of graduation and move from one phase of life to another. Parties will pop up and teens will be tempted to celebrate with a few drinks.

Why is graduation season so dangerous for teen drivers?

Although teen drunk driving is down in general, car crashes are still the leading cause of death for 16-19-year-olds. About 1/3 of all crashes are alcohol related. Even when a parent trusts her teenager to make smart decisions, controlling the irresponsible decisions of others is impossible. For these reasons, graduation season can be deadly.

According to the CDC, one in ten teenagers in high school drinks and drives. Plus, young drivers between the ages of 16-20 are 17 times more likely to die in a car crash when they have a blood alcohol concentration of .08% than when they have not been drinking.

To learn more, be sure to download a free Drinking and Driving handbook from Mothers Against Drunk Driving. A little research will go a long way to keeping your own teen safe on the road not just during graduation season, but every day of the year.

Tips to help teen drivers during the dangerous graduation season:

Though teens continue to be the ultimate decision-makers when it comes their own safety, it doesn’t keep parents from waiting up at night. Reduce those sleepless nights during graduation season with your own safety plan of action.

Get Social! Share Graduation season can be dangerous for teen drivers

Safest used cars for teen drivers for under $25K

What are the safest cars for teen drivers that cost under $25,000? A new 2022 study from iSeeCars.com identified the safest, most reliable, and energy-efficient ...

We are now booking fall and winter classes through the end of 2022. Secure a spot today. Dismiss