Are you concerned about scary but true teen driving statistics? 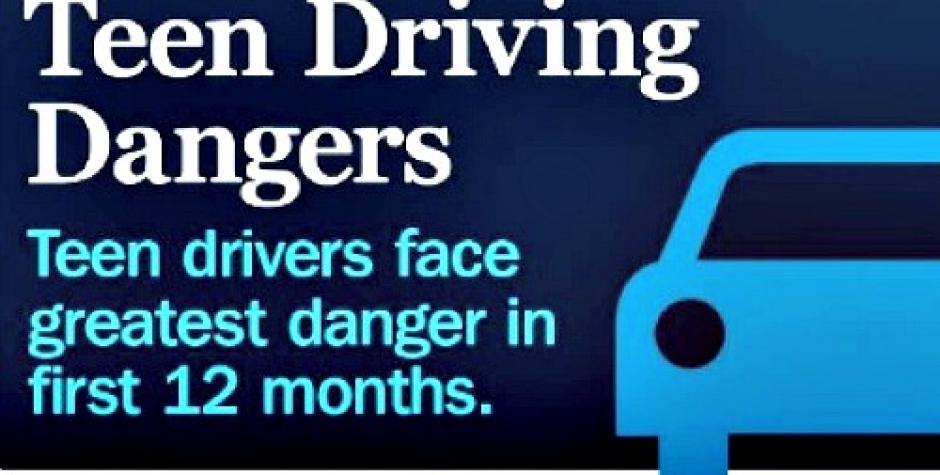 If you’re the parent of a teenager, then you have every right to be concerned about teen driving statistics. Auto accidents is still the #1 killer of teens from the age of 16-19. So, why do six teen drivers die on the road every day? And what can you, the concerned parent, do about it?

Learning how to drive is a rite of passage. A license gives teens more independence. This newfound freedom is definitely exciting for your child, but can result in anxious moments and even sleepless nights for worried parents. The sound of a garage door going up becomes music to a parent’s ears. It means your child has arrived home safely.

Statistics show that teens face major dangers on the road. The first year of solo driving is the most dangerous. That’s because new drivers are just that – inexperienced. It takes about five years of driving to face all potential dangers to become an experienced driver.

One of the worst causes of teen accidents is having extra passengers in the car. In fact, nine in ten teens report that passenger behavior is a distraction. Your teen is 8 times more likely to crash when passengers are present. In Georgia, Joshua’s Law is enforced to help keep teens safe on the road. During the first six months of driving, the only people allowed to ride in the car with your teen are immediate family members – parents, grandparents, siblings, and anyone who lives in the same house. During the second six months, additional passengers other than family members may ride in the car, but only one of them can be under the age of 21. After those first 12 months, up to three passengers under the age of 21 who are not part of your teen’s immediate family may ride in the vehicle.

In addition to limiting passengers, new teen drivers must wear seat belts – yes, it’s the law. One statistic shows that 35% of teen drivers don’t do this. If you’re a concerned parent, set a good example and buckle up. Insist that your new driver do the same each and every time he gets behind the wheel. If you catch him not buckled, take away driving privileges for at least one month.

Speeding also causes teen driver deaths. One of every three teen crashes involves speeding. Male teenagers are more likely to speed than females. Plus, teens are 3 times more likely to crash at night than during the daytime. Parents should hold regular discussions about the dangers of speeding and limit nighttime driving. Joshua’s Law states that 16-year-olds cannot be on the road between the hours of midnight and 6 am.

Don’t let your own teen become a statistic. Parents should pledge to be the driver they want their teen to become. After all, your children learn by watching YOU. Parents influence their teen’s driving habits more than anyone else. The lessons – both good and bad – begin early and don’t stop. Set a good example by not speeding, wearing a seat belt, avoiding distractions, and being a courteous, responsible driver. Your teen will follow in your footsteps.

Get Social! Share Are you concerned about scary but true teen driving statistics?